I Have a Theory on….American Horror Story 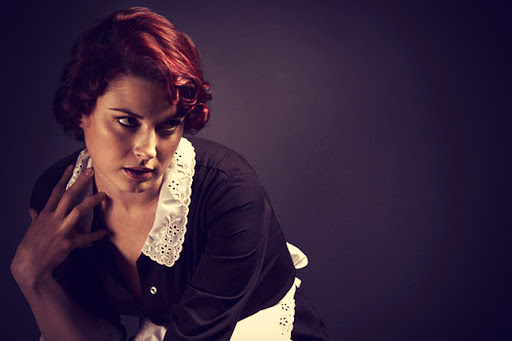 If you're a woman looking at this image, let me know if you see Ruth Fisher from Six Feet Under. Thanks.

Welcome to the inaugural edition of “I Have a Theory On…”. This is meant to be a recurring theme for some of my posts here on TVpocalypse (in theory anyway). Basically, every so often, while watching one of the seemingly 54 TV shows I watch, I’ll come upon a “theory” as to why the show is good…or why it’s bad…or why I can’t stop watching it…or why I can’t bear to watch another second…or maybe even why I love writing in ellipses so much. It’s generally not very well thought out, and it is almost certainly never deals in anything of great importance or substance. So, in essence, it’s a microcosm of this entire blog. So, with all of that out of the way, I present to you I Have a Theory On…American Horror Story.

So after 3 episodes of American Horror Story, I have a theory (hence the name) on why I’m not all too excited about this show. Actually, let me preface my rant with a warning. I am not a horror film buff. I used to love them as a kid (think Friday the 13th, Nightmare on Elm Street, Halloween…typical 12 year old boy stuff), but as I have gotten older I have found myself somewhat disinterested by the genre. Call me old fashioned, but when I sit down to watch a horror flick (or show), I like to be scared. You can scare me by startling me, or you can scare me by making me believe my house is haunted, or maybe you can even scare me into believing the guy next door is a sociopathic axe murderer. The point is, you’re supposed to scare me, and at no point during this show’s first three episodes have I been genuinely scared.

To me, the problem is that it’s WAY too over-the-top. Every week we learn of a new murder that has occurred in this house. We’re three episodes in, and I’m pretty sure they’ve exposed 6 different murder scenes over the course of the last 80 years. Well, guess what? OF COURSE THIS HOUSE IS HAUNTED! THEY HAVE MURDERS THERE SEMI-ANNUALLY!!! How am I supposed to watch this and think that maybe my house is haunted in any kind of similar way?! MAYBE there was some murder that occurred in my building that I was unaware of. Or MAYBE the building was built on the site of some ancient Native American cemetery. MAYBE I wouldn’t know anything about these things moving into my place, and thus MAYBE I could be scared that this same sequence of events could happen to me. MAYBE. But, while I didn’t due a ton of due diligence before I moved into my building, I’m fairly certain I would have heard something if 487 different murders occurred there.

I would actually argue that the writing on this show is extremely lazy. They’re using the genre as an excuse to do anything and everything they want to. LOOK! LOOK! LOOK! A creepy burn victim! LOOK! LOOK! LOOK! Scary kids who were murdered! LOOK! LOOK! LOOK! Dylan McDermott doesn’t have a shirt on again! (I don’t even know that the genre offers any sort of rational reason for this). My point is that the writers seem to go over-the-top in every minute of this show without much concern for things making sense in the context of a larger story, all the while hiding behind the excuse of “it’s a horror show”.

This is becoming frustratingly reminiscent of a show that had a similar amount of potential to be great, True Blood. Mind you, I still watch True Blood, but every season I find myself becoming more and more annoyed by the ridiculousness of the writing on that show. In True Blood, there seems to be 11 human beings left in the entire world. Everyone else is a vampire. Or a werewolf. Or a fairy. Or a sprite. Or some other mystical creature that I haven’t heard of because I didn’t lock myself in a room and play D&D for hours on end as a child. So in this world, there is no problem that can’t be written around. Killed a main character? No problem…they’ll just drink vampire blood and be good as new! Miss a character that somehow died and stayed that way? No problem…we can go visit them in the fairy world and see what they’ve been up to! Hell, they just killed Tara in last season’s finale and I didn’t even flinch since I know she’ll be back in some way, shape or form come episode 2 of the next season.

And this seems to be much the same in American Horror Story. How could he kill his ex-girlfriend and bury her under a gazebo he just built?! Why are the wife and teen daughter seemingly unaffected by the fact that they MURDERED 3 people in their house yesterday!? And what the hell is the deal with the Shallow Hal affect on Ruth Fisher (Six Feet Under reference, for those not in the know) where only men get to see her as a hot little chippy!? And of course, the lazy answer to all of those questions is “because it’s horror.” Well, if this is their interpretation of what “horror” is, I’m not sure how much I like it. And at 850+ words I don’t know that this is a theory as much as it is a theorem.

I'm the Creative Director at Citizen Relations. I love my daughters, Springsteen, as well as what some would argue to be an unhealthy amount of TV. You can follow me on Twitter: @scocchiere.
View all posts by Scott Cocchiere »

Posted on October 27, 2011, in I Have A Theory On... and tagged American Horror Story, Six Feet Under, True Blood, TV, TV Blog. Bookmark the permalink. 2 Comments.